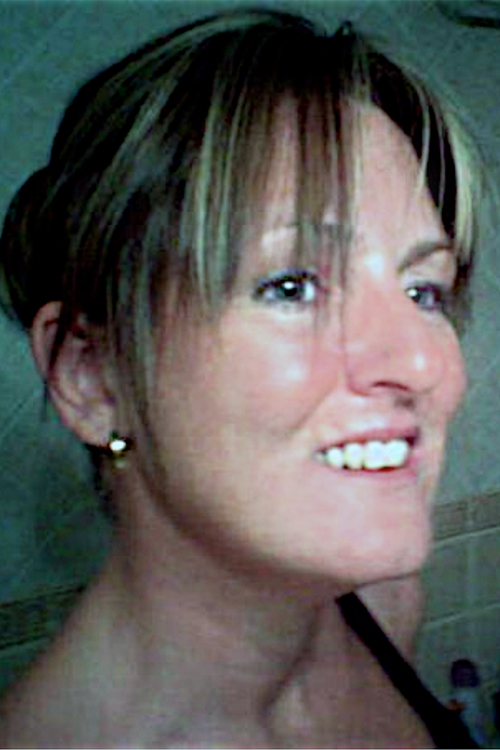 Childbirth leading to back pain was the cause of Michelle’s severe problems. As she explains in her own words:

“I had back problems since giving birth, for 11 years roughly. I have three children, Robyn 16 – all was fine with her – Jack 12, it started slightly from here, but by the time I had Elle nine years ago, I was in big trouble. During labour itself with Elle I thought my back had broken in two. After that I got on with life, but suffered a severe weakness; even basic housework was hard work. I honestly worried about how I would be able to work… I couldn’t stand for long without my back aching.”

Michelle heard about Douglas from a leaflet that she found at a wellness centre.

He was presenting an evening of energy healing and predictions at a hotel in Albufeira, so she went along intending to have a reading. But what she received instead was energy healing. She now believes it was what she was meant to have when she went on stage, something of a sceptic in need of proof.

She recalls: “After watching people there say, ‘Oh yes I felt the energy’ and so on, my turn came and Douglas did his healing. I thought… I don’t feel anything.

I heard him say ‘Are you OK?’ I thought … oh wake up, open your eyes. It was only then that I felt dizzy, disoriented, and slow. Douglas realised I wasn’t myself and explained that a lot of energy had gone in and sometimes it could make you dizzy… I can’t argue with this… I felt like a zombie. He then put his hands on my head to balance me. Others that were watching probably thought yeah, right, but I was embarrassed and when he next asked if I was ok I said yes, but I wasn’t really. I then had to walk back through the audience … I felt as if I was walking like I was drunk. Everyone I knew could see it. I felt so light headed!

My experience was great and I knew it wasn’t imaginary. I had the most amazing experience. I felt so relaxed during the treatment … but I still felt dizzy when I got up. After a few days my back got better and better. There’s no explanation for this; I can’t begin to tell you what happened. All I can say is ‘try it’; make your own mind up. It’s not in your imagination. I found Douglas interested in my problems and wanting to help me; he cared about how I was and could see how much pain I was in. It took a few healing sessions but now my back is great. I can do normal things now and live a normal life.”

And Michelle concludes: “Before I met Douglas I had been to see chiropractors, spent over £500 and was worse than ever. I will always be in debt to Douglas because I live a normal life now. He gave me the energy healing and I will always be grateful. I’m just so glad to have had the opportunity to meet him and experience it. What I call real healing that works.”