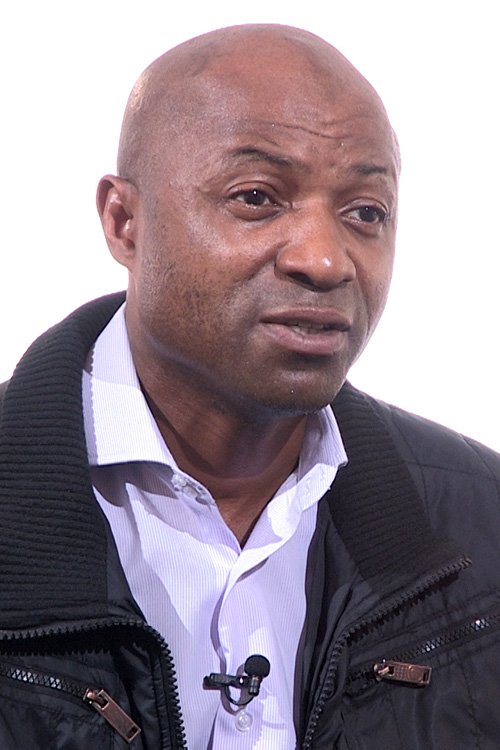 “I work in the city and I’m involved in sales, it’s all done over the telephone, I’ve been doing this, I won’t tell you how long but for many, many years.

Very interestingly something happened quite recently where a gentleman came into the office, his name is Douglas and he has got some kind of gift, that’s the only word I can say, so a few of the guys I work with happen to have what we say ‘had a session’ with him, I’ve been hearing about it, like I’m not a disbeliever, I’m not a believer, however I thought it was intriguing.

So, I decided I would go and have a chat with him.

Apparently he solves certain problems that you have, so one of the things I talked to Douglas about was the problem I had with my knee, which was an old football injury. He said ‘ok, lie down and relax’.

He put his hands on my shoulders, I felt a hot sensation, I had about 4 or 5 very vivid, I don’t know what the word is, but dreams, I will call it that.

I felt the heat through my body, he then put his hands on my knee and then it was even hotter, after that I sat up, I felt a little bit dizzy and he said ‘hold on a second’, then he put his hands on my head, (I think it was on my temples) very gently and I felt the dizziness leave my body, that’s the only thing I can say.

Listen, I first started this and said I’m not a believer or disbeliever, but he has something, maybe it’s a gift I don’t know, but it works for me.

I don’t mind what anybody else thinks but for me it works, and I said to him, ‘I definitely want to see you again.’ So I’m happy, I feel great. He did say ‘the next thing my knee would feel is a little bit stiff.’

It wasn’t stiff, but I felt it clicking more than normal, so that’s unusual, so something is going on.

It’s good enough for me, I’m a believer and I think whatever he is doing, hey it’s interesting so go and see him, he’s great.”