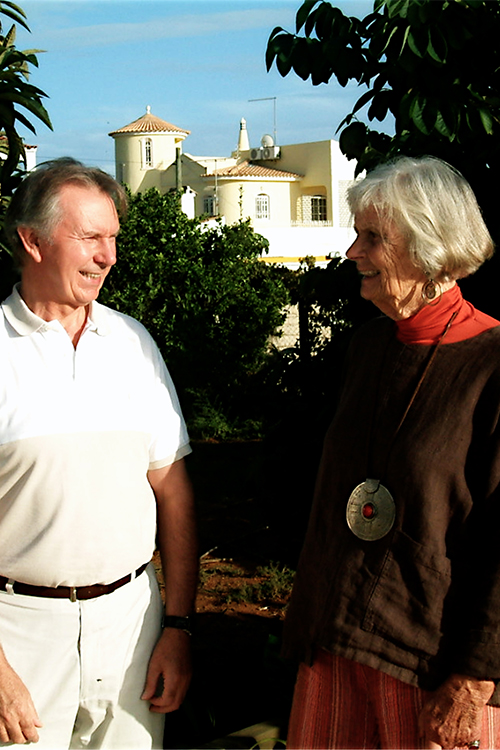 Margaret had been a regular client of Douglas for 10 years, ever since he began visiting the Algarve. At that time she was “a mere 70 or so” and found that regular sessions with him helped with her overall well-being and energy levels, as well as the inevitable aches and pains that come with age and having to single-handedly look after a large house, a horse and a number of dogs.

Having known Douglas for so many years, she said it was inevitable that she should talk to him about what was happening in her life, and it was from there that she also discovered what she described as the amazing power of his readings.

“I wanted to sell my house in order to move to something smaller and more practical” she said. “There were so many complications with the property, and I was becoming quite depressed about the whole process. In a series of readings with Douglas everything to do with the sale of my house was laid out in front of me. I was given a timetable of when the buyer would first appear and when the contract would finally be signed. I was told about the buyer; his nationality and the nationality of his wife, a physical description and even some character traits. I was given valuable advice about points to look out for in the contract he drew up which saved me thousands of pounds.

What can I say? The whole process of selling the house went exactly according to the reading. It was like ticking items off a pre-written list.

As if that wasn’t enough, I had arranged for my son to dispose of some works of art through a well-known auction house in London. In an earlier session with Douglas, I was told that my works of art – which I had not mentioned to him at all – would be sold through another auction house. I confirmed that I was indeed selling, but told him that it was another company. ‘I can only give you what I am being told’ said Douglas. A couple of weeks later my son called to say that things had not worked out with the first auction house, so he had taken my works of art to exactly the company Douglas had said, who sold them very successfully!”

And as Margaret added: “Friends who were at first very sceptical had second thoughts when it all unfolded exactly as predicted. Needless to say, they are now regulars of Douglas as well.”