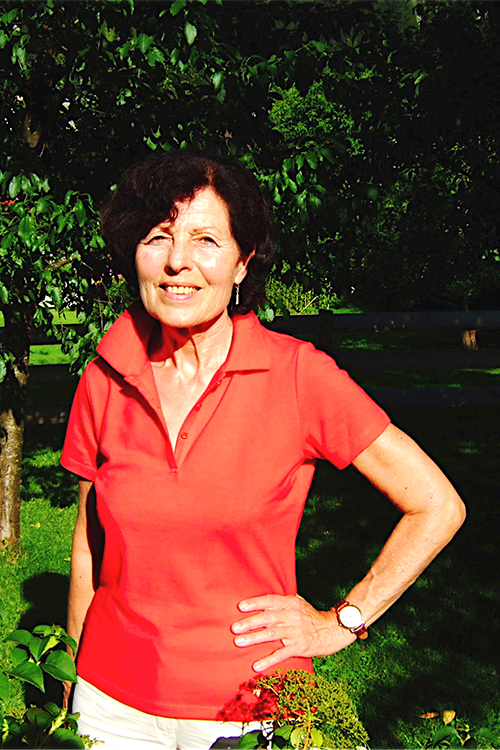 Judith lives in the Austrian alps and has loved skiing since she was very young. Her accident happened at the end of the winter season, a beautiful, sunny last day.

She wanted to make the most of it. “I fell as I was skiing down-hill trying to avoid a small child who had fallen in front of me” she said. “I turned on my skis to save going into her and fell on my arm. I was in so much pain and felt that I had broken it. I was rushed to hospital where they took an X-ray, the Doctor said that I had broken it, but as the break was so complicated and swollen I would need to come back on Monday for an operation. I left the hospital in a lot of pain with my arm in a sling and worried about having an operation.

I heard about Douglas who was working in Mayrhofen. I phoned his secretary when I got home hoping to get an appointment to see him. I was so pleased that he was able to make time for me later that day. When I arrived he was very concerned for my well-being and the shock I was in.

He gave me a treatment that took away nearly all the pain and made me feel so relaxed. I felt so much better and confident in what he had done for me.

He treated me again on Sunday, the next day, and again this time the pain had become even less. He asked me to return on Monday after I had been to the hospital to see what they had done.

In the hospital they took another x-ray and then they told me that an operation was not necessary. They put my arm in a special bandage to support it and told me to wear it for six weeks then return after four weeks. After the four weeks I returned where the hospital took another X-ray. The doctor said that the break had mended. It was a ‘miracle’.

I did not need the bandage any more. I am sure that the healing energy that Douglas gave me made this ‘miracle’ happen.

I now have full use of my arm with no restrictions and no pain. Many, many thanks to Douglas for what he did for me.”