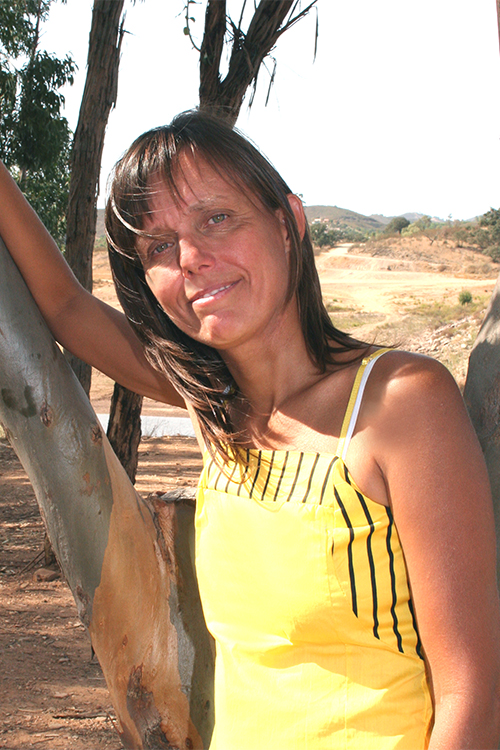 A STORY OF LOVE AND CAUTION

Charlotte thought she had found the love of her life. She was so convinced that she failed to listen to the message in Douglas Ballard’s personal reading for her. Then reality struck, and his words came flooding back.

Four years ago, as a single parent, Charlotte attended a gathering of Portugal’s Dutch farming community who had assembled to listen to a presentation from an agricultural consultant from Holland. She enjoyed the talk and a friend introduced her to the presenter; they stayed in touch as they had a common academic interest.

Later that same year, he returned to Portugal for a symposium and she agreed to accommodate him on her farm for four days. It was, she recalls, an enjoyable time as they discovered more about each other and how they had mutual interests. “After four days, I guess both of us were in love” she says.

“It was the start of a relationship. He seemed to get on well with my daughter who was eight at that time and I thought we were a happy family.” Early on in the relationship, the possibility was raised of all three of them going abroad on an assignment, which would bring them together rather than having to live in an on-going distant relationship between Holland and Portugal. In fact, it took four years, but then, as Charlotte says, the “great moment” arrived. He telephoned her to say he had a job in Tajikistan, a little known country which borders Afghanistan. It would be safe and they could, indeed, live as a family.

There was no doubt in her mind and she eagerly grasped the opportunity.

“We packed our bags, flew out and we joined him in the guest house” she recalls. “But after three days, he said he had to talk to me. That was when he told me didn’t love me enough for us to be a family and be together there. I was in total shock. My daughter says I just didn’t stop crying.”

Six months before what Charlotte now describes as “that fateful day”. She had met Douglas for a personal reading, during which she had asked him if he could help her find a solution to the difficulties her daughter was experiencing at school. She was being bullied. She continues: “To my total shock and disbelief, Douglas told me that the trouble was my relationship with my boyfriend and that if I would finish with him; my daughter would be fine at school.

Honestly, I did not believe him. But he went on to say this man is not the man you think him to be. He is not on the inside that which he seems to be on the outside. But I was too much in love. I thought we had this perfect relationship. So I simply did not believe Douglas. Maybe he had meant something else; maybe he had made a mistake in the interpretation. There was not even a small part of me that believed Douglas was right.” Fast forward again, and Charlotte returned with Josephine from Tajikistan to Portugal. Surprisingly, she kept the relationship going at a distance. “Thinking back, I don’t really know why” she says. “I suppose I hoped he would realise he was making a mistake… and that he did love me and that we had this great family.”

It didn’t happen, though, and a couple of months later he invited Charlotte and Josephine to join him on leave in Holland. Once there, Charlotte confronted him. “I asked how this was possible” she remembers. “I reminded him we had talked for years about going out together, being a family, buying houses… that he was the love of my life.

“THEN REALITY STRUCK, AND HIS WORDS CAME FLOODING BACK”

“How can it be that from one moment to another you just lose all that? What he then said hit my like a brick. He told me he was not the same person any more. Then I was somebody; now I am somebody else, he said. And that was when Douglas’ words came hammering into my head – he is not the person that he seems to be.”

For Charlotte, it was a defining moment. “Ever since, I have regretted the fact that I didn’t believe Douglas.

Had I have done so, and had I taken action, my life would have been much easier, because there was a lot of agony, sadness and tears… not only for me, but also for my daughter.”